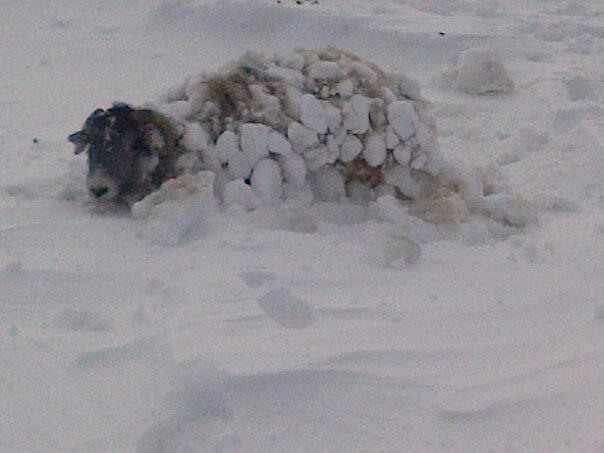 An 18th Century ballad, Ny Kirree fo Niaghtey (‘The Sheep Under the Snow’) records an incident much like the disaster currently affecting Manx farmers, as they fight to rescue their sheep and cattle from the heavy snows that have hit the island this week.

We have just recorded this very song, with Greg Joughin singing, for our debut album and for a limited time we are offering it as a free download here.

All we ask is that you donate an amount of your choosing and all proceeds will go to the Agricultural Benevolent Trust to support the farmers through a difficult and distressing period. In addition we’ll also be donating 25% of CD sales made between Monday 25th March and Friday 12th April.

Graham Crowe, Chairman of the IOM Agricultural Benevolent Trust said:
“I would like to wish Barrule all the very best with their new album, and we are delighted that it’s launch is also being used to raise some funds for the trust. All the work we do is very discreet and conducted in completely confidential manner, but we are very happy to be associated with events that can raise our profile at a time like this on the fund raising side”.

If you want to go further and take direct action to help farmers, they are looking for volunteers to help free cattle that is still trapped in the snow. For more information contact the Department of Environment, Food and Agriculture by calling (01624) 685844

Translation of the original Manx lyrics:
After winter of snow and spring-tide of frost
The old sheep were dead and the small lambs alive
The men of Lonan rose up and they went forthwith
In Barrule’s hollow they found the sheep dead

Oh! get up shepherds, and to the hill go ye
For the sheep deep as ever are under the snow